Meningococcus (Neisseria meningitis) is a germ that causes serious diseases such as meningitis and blood infection.

Meningococcal serogroups are designated by letters of the alphabet. Around the world, serogroups A, B, C, W135 and Y most commonly cause disease.

Successful end to the MenACWY-TT-104 Study

Australian children have traditionally been given a Meningococcal C vaccine at 12 months of age as part of the National Immunisation Program. This gave them protection against the serogroup C strain of the disease, and significantly reduced cases of invasive meningococcal disease caused by the C strain. However, over recent years, serogroup W has emerged as the most common cause of the disease and researchers urgently needed to find a way to protect children against the additional strains of the disease.

All children participating in the study received either one or two doses of the Meningococcal ACWY vaccine (Nimenrix) between 12 and 14 months of age. The information and safety data collected was then used to inform government policy around the provision of meningococcal vaccines, and we are happy to report that as of  July 1 2018, all children were offered the MenACWY vaccine at 12 months of age as part of their routine immunisations. Children under five years were also offered a 'catch-up' MenACWY vaccine, and overall more than 82 per cent of WA children in the relevant age bracket received the vaccine. Adolescents aged 15- 19 years also received free vaccinations through school and university programs.

The results speak for themselves - in 2018, there were 37 cases of invasive meningococcal disease notified in Western Australia and the majority of cases - 27 - were serogroup W.

All of our young study participants returned to our clinic this year for their last visit, and the blood sample they gave will give us valuable information about how long the vaccine protection lasts. 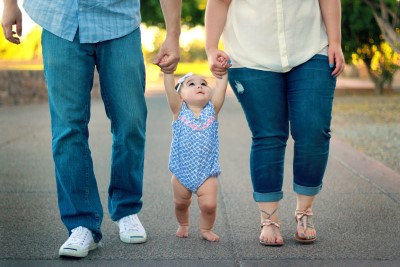 We are very happy with the fantastic outcome of the study and would like to say a big thank you to the partipants of this study and their families - you have played a huge role in protecting young babies and children from life-threatening meningococcal disease.

Children under four years of age are at greatest risk of developing Meningococcal B disease, but unfortunately the MenACWY vaccine given at 12 months of age doesn't provide protection against the B strain of the disease. A licensed meningococcal B vaccine does exist but is not available on the National Immunisation Program and must be purchased privately.

30 toddlers aged 12 to 24 months took part in the Meningococcal B Toddler Study at Vaccine Trials Group. Stage 1 recruitment finished on 22 August 2016, after which the study entered Stage 2 of the study protocol.

This second stage has involved a further three years following up participants to assess the duration of the immune response (how well your child makes antibodies after having the vaccine), providing vital information on the long-term effectiveness of the vaccine. Children also received a booster dose to determine if a child’s immunity to the disease increases after this second dose. The study will come to a close in early next year 2020 and we look forward to sharing the outcomes in the near future.

The AMEND Study is being completed to assess the outcomes for adolescents and young adults following meningococcal disease and how the disease affects patients and their families.

Participants are being enrolled from participating hospitals in Adelaide, Sydney, Perth, Brisbane and Melbourne. We hope to enrol around 110 patients aged between 15 to 24 years at the time of diagnosis and admitted to hospitals in Australia with meningococcal disease from 2006 to 2018.

We will also be assessing the quality of life of meningococcal survivors and their families after the disease and how much it costs the government and families to treat the disease and complications. The information gathered will be important in determining the benefits of current and future strategies for protection against meningococcal disease and management for those affected. 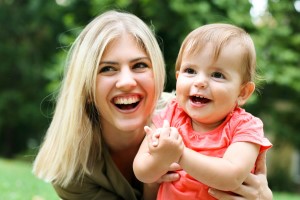 We have a number of new studies planned for 2020 involving RSV, pneumococcal and pertussis (whooping cough) vaccines.

We will be looking for children from birth through to 24 months of age, as well as young adults aged 18 to 25 years.

If you would like to express your interest in these future studies, please contact us on vtg@telethonkids.org.au and we’ll be in touch when more information is available.